The Susquehanna County Conservation District is addressing the need to reduce sediments and nutrients from reaching our local waterways. The Susquehanna County Conservation District is looking for landowners to participate in the Multi-use Riparian Buffer program. By meeting the criteria created in the partnership between DCNR and PACD, the Multi-use Riparian Buffer Program will provide the valuable environmental service of filtering runoff while also producing harvestable products for participating landowners. The Susquehanna County Conservation District will serve as the sponsor of the program and will work closely with the county’s regional service forester to develop planting and maintenance plans that will ensure the successful implementation of new riparian zones.

When does planting begin? Plantings are always best if done in the fall or spring, so they can begin in the first planting season after the grant contracts have been finalized between DCNR and the grantee organization. Typically, if orgs are applying to a grant, they can expect to know whether or not they were funded within 6 months.​
What about existing Trees in the riparian zones? Existing trees are fine! They can stay, unless they are invasive or hazardous, in which case they can be removed with grant funds as a “site prep” expense. We fund anything that counts as “new” acres of riparian forest buffer. So, if there is less than 50% canopy cover now, it counts as a new buffer. We also expand existing buffers further back from the stream/river, as that also counts as new buffer. However, we don’t fund interplantings or maintenance of full, healthy existing buffers.
What species have been successful and in which zones? I’ve attached a sheet of common buffer trees, as well as a handout of suggested trees for each zone for multifunctional buffers. We can provide more info on which species to put in which zones as needed, if they have further questions after reviewing these docs.
How long until harvesting can begin and on which species? Harvesting can begin as soon as fruits/florals are ready. There is really no set timeframe- it all depends on which species are planted and the intended harvested product. Usually, it will take at least a couple of years before any new planting to generate a harvestable product. Smaller fruiting/floral plants will produce most quickly, while things like nut-bearing trees could take many years to bear a harvestable product.
What is required within the landowner agreement? Sample landowner agreement attached. Basically, it says the landowner commits to not destroying the buffer for at least 25 years.
Is a signed agreement required before application submission? No, though it’s helpful for applicants to have one. That being said, we fund lots of applications that don’t have landowner agreements already in-hand each year.
What is required for maintenance and monitoring? That varies based on the buffer, but typically mowing twice a year, herbicide spot-spraying twice a year, tube and stake straightening as needed and after significant weather events, removal of bird nets as trees grow taller than tubes, etc. Maintenance is most critical for the first 3-5 years, and I believe required for at least three years by the grant. Maintenance can be contracted to a third party with grant funds, or the responsibility of the landowner or the grantee.
Can a private company be contracted for installation/ maintenance using grant funds? You bet! This is 100% okay and very common.
Does the landowner have a say in what species get planted? Absolutely! We can work with landowners to choose all the species they want, as long as they’re buffer-appropriate.
Can trees from another grant or partnership be used in zone 1 where no harvesting is to take place? Sure! The multiple funding sources will just need to be reported with the official reporting form once the buffer is planted. Those funds definitely count as match towards the grant, too.
Are there any restrictions on what species can be planted? Only a little. Zone 1 should be exclusively native PA species that tolerate moisture well. In zones 2 and 3, some well-behaved non-natives are tolerated for multifunctional buffers (fruit trees, Christmas trees, woody florals, etc.). Other than that, the only restrictions are that they should be trees/shrubs that will do well on the site. 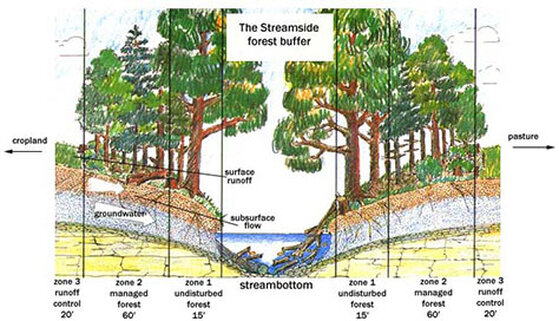 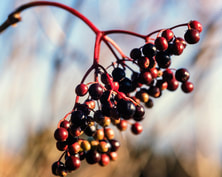 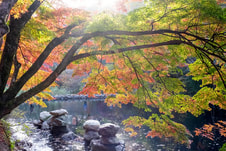 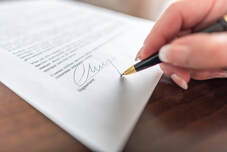