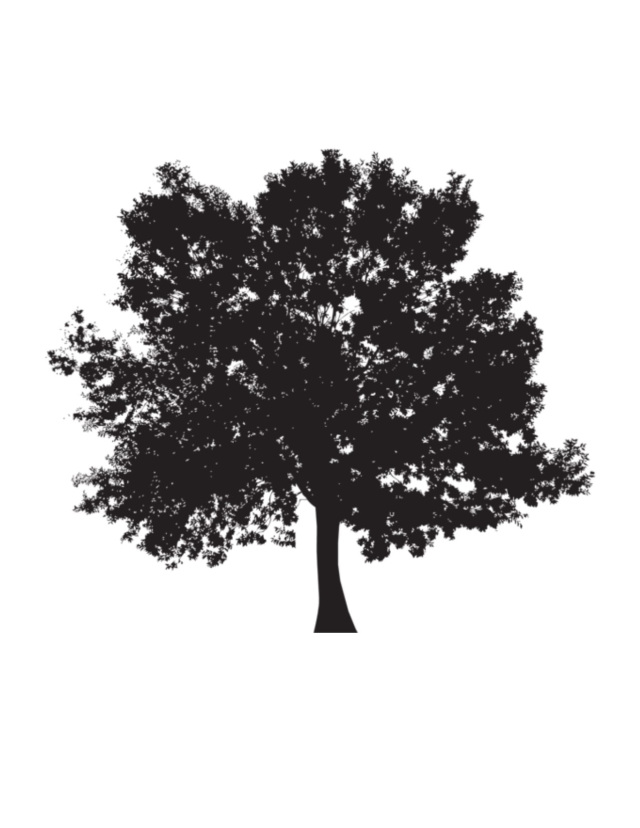 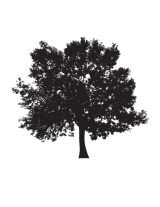 The Chestnut Oaktree is a species of Oak from the white oak family. The bark on the plant is sturdy, rugged, monochromatic, and is gray and thick-ridged in appearance. Scientifically speaking, the plant has been named Quercus montana, and it prefers habitats high in the mountains and along rocky ridgelines. It is often identified by these habitats, being seen as the "Rock Oak" or the "Mountain Oak" due to where it likes to thrive in the wild. It is often referred to as the Chestnut Oak as the proper name, due to the leaves and shape. Many can relate these to acorns or chestnuts, which has often led many to believe this is why it is most commonly known as the Chestnut Oak. This tree can grow 65-145 feet tall.

Native to Pennsylvania and most of the US, Zone 4-8.

The pawpaw tree produces an oblong fruit that weighs six to twelve ounces. The fruit has a deep yellow, creamy-textured flesh, and a taste described as a cross between a banana, mango, and pineapple. It contains large seeds that are easily removed. The fruit has a thin skin that is green when immature and turns a light green to yellowish color when mature. They mature over several weeks starting at the end of August through September. The true indicator of when a fruit is ready to pick is that it will feel soft when gently squeezed. Pawpaw fruit needs to be eaten within a few days of harvest. The pawpaw flowers are pollinated by flies, not bees. Fruit production can be erratic from year to year. This makes them a tough crop to grow on a commercial scale. Reports are that deer do not prefer to eat pawpaw trees or fruit. Birds and other forest animals will feed on ripe pawpaw fruit.

As its name suggests, the river birch naturally grows along riverbanks. But as a landscape tree, it can be planted almost anywhere in the U.S. The species is valued for its relatively rapid growth, tolerance of wetness and some drought, unique curling bark, spreading limbs, and relative resistance to birch borer. These trees grow to a height of 40–70' and a spread of 40–60' at maturity. Full sun and partial shade are best for this tree, meaning it prefers a minimum of four hours of direct, unfiltered sunlight each day. The catkins of the River Birch are used by redpolls and pine siskins. The foliage is eaten by deer and other browsers. The small but plentiful seeds are appreciated by a wide range of songbirds.

A fast-growing tree with bright green leaves that resemble tulip flowers in profile and turn golden yellow in fall. Greenish-yellow flowers are carried high in the tree. Stems are aromatic. Likes full sun. Grows to 70 to 90 feet tall and 40-foot spread. This tree provides food in many forms for many animals. In fall and winter, young trees are browsed by white-tailed deer and rabbits. The spring flowers provide nectar for ruby-throated hummingbirds. Tuliptree seeds, maturing in summer and persisting into winter, provide food for both birds and mammals, including finches, cardinals, quail, mice, red squirrels, gray squirrels, and rabbits.